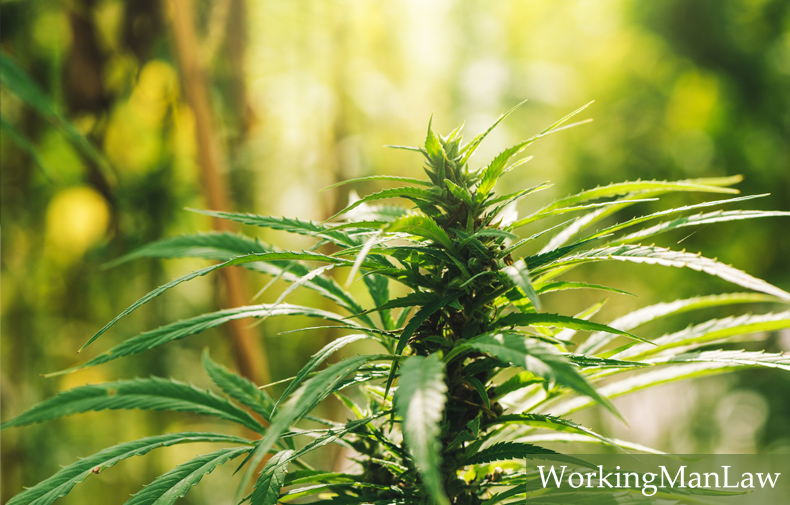 Does legal marijuana impact workers’ comp claims? There are 2 separate studies out there that say “yes” and both reach the conclusion that access to marijuana has served to reduce workers’ compensation claims.

One study, done at Temple University, focused on the 33 states that allow marijuana for medical use. They found a decline of almost 7 percent in workers’ comp claims. The study also found the duration of the claims reduced.

Another study from the National Bureau of Economic Research focused more narrowly on the 15 states that have completely legalized marijuana, including for recreational use. This study found that workers’ comp payouts declined by 20 percent after weed was legalized. They also found declines in workplace injury rates.

The results of both studies corroborate with the findings of research done on the Canadian workforce and the effect of marijuana.

There will be considerable debate over how the data points in each study were connected and how final conclusions were drawn. Advocates for legal marijuana believe that legalization allows people to manage their symptoms better, by offering different options for pain treatment.

The reduced duration of claims would back that up—someone with a back problem that can manage the pain is more likely to return to work quickly. The study results make it reasonable to hypothesize that medical marijuana has become an important pain management tool. The fact that the study focused on people ages 42-60 further substantiates the conclusion.

Those who are more skeptical of legalization will wonder how a reduction in claims would be tied to the availability of grass. It’s one thing to speculate that marijuana can treat pain of an injury already sustained. It’s quite another to suggest that it prevents the initial injury.

Unless, as one skeptic of the study’s conclusion put it, workers are stoned on the job and don’t even realize they are injured. It’s possible, although not a conclusion that would reflect well on legalization. Skeptics will further point out that this study focuses on 1 narrow aspect of the entire impact of legalization. For example, does legalization have a negative effect on traffic accidents? That question was not the focus of this study, but it will be asked by legislators studying the broader question.

Wherever one falls on the spectrum of opinion, the study’s results are going to be significant in the ongoing debate over full legalization of recreational marijuana. One of the primary concerns states have had is whether or not increased pot usage means lower work productivity. Legalization advocates will cite the studies as evidence the opposite is true.