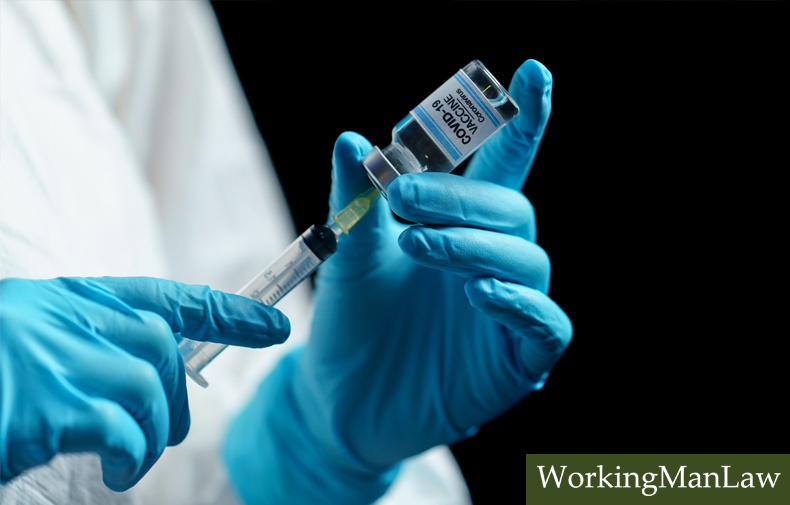 Now that there is a vaccine for COVID-19, the federal government has started enforcing vaccination mandates for employees nationwide. Those that refuse vaccination could face repercussions, including termination and higher premiums for insurance. Some entities have also started denying death benefits to unvaccinated employees who die from COVID-19.

One entity that will no longer pay death benefits to unvaccinated workers who die of COVID-19 is New York’s Metropolitan Transportation Authority (MTA). Typically, New York’s MTA pays $500,000 in death benefits when a worker dies.

Since the pandemic began, 173 MTA employees have contracted and died from COVID-19. Five of those deaths occurred after the policy change.

Vaccination requirements for businesses were announced in September 2021. President Joe Biden announced that in businesses with 100 or more employees, employees would be required to be vaccinated or have weekly COVID-19 testing.

Before a vaccine was available to most Americans, transit officials and those representing the labor union in metropolitan New York had an agreement that workers who died from COVID-19 could receive the same $500,000 death benefits as other MTA workers. The agreed-upon program will continue through the end of this year; however, after the June 1st policy change, the MTA board agreed that workers need to be vaccinated to receive payment.

Vaccinated employees will still be eligible for the $500,000 lump-sum payment, as well as 3 years of health insurance. These benefits are available to the families of survivors who died from COVID-19. According to MTA’s Chief People Officer, Paul Fama, unvaccinated workers’ who die will only receive benefits if they had a valid documented exception for being unvaccinated.

The MTA board decided to make this change to help increase the vaccination rate among their employees, which stands at 70 percent receiving at least one dose of the vaccine. These figures fall to around 55 percent for bus and subway workers. Across other divisions, vaccination rates vary, from 89 percent of those working in MTA Construction and Development to less than 60 percent of those working in MTA Bridges and Tunnels, Long Island Rail Road and New York City Transit.

While incentive programs have worked to improve vaccination rates, some employees will continue to refuse the vaccine. One such employee is Andy Valentine, a subway operator. Although Valentine feels there are benefits associated with the vaccine, he also believes the mandate equates to coercion. Another employee who will remain unvaccinated is Tiffany Nelson. She thinks that if flu vaccines aren’t mandatory even though they’ve been widely used for years, it’s unfair to mandate a vaccine that’s still in the testing phase.