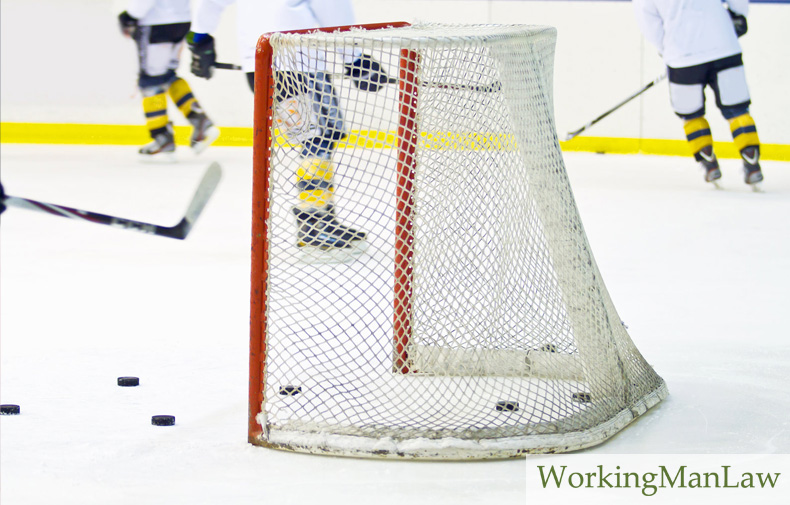 Prior to fall 2021, Robin Lehner was a respectable veteran goalie who had lasted for 10 years in the National Hockey League (NHL), playing for 5 different teams. Now, Lehner has thrust himself into the spotlight with accusations of medical malpractice in how some of the NHL’s hockey franchises have treated injured players.

The situation started over a dispute currently going on between the Buffalo Sabres and their player, Jack Eichel, who is suffering from a herniated disk in his neck. The organization wants Eichel to have fusion surgery, which would take 6 months to recover from. Eichel wants disk replacement surgery, which could put him back on the ice in 6 weeks.

Eichel’s dispute with the Sabres has gotten serious enough that the 24-year-old player has asked to be traded and is no longer the team captain. While Lehner plays for the Vegas Golden Knights, one of his previous stops was in Buffalo and Eichel is a former teammate. Lehner chose to speak out and he didn’t stop with comments on Eichel’s medical issues.

Lehner accused the Buffalo franchise of mishandling his own high ankle sprain when he played there. He went on to say that many of the league’s 31 teams give out Benzodiazepines and Ambien without a prescription.

It was all a big unloading of charges and the league office has reached out to Lehner for more details. The questions that have to be answered include:

Regarding the Eichel situation, what would the motivation be for the Sabres to insist on a surgery which would actually take much longer for the player to recover?

The NHL player contract ensures that Eichel is going to receive his full salary regardless.

Eichel’s motives for preferring the disk replacement surgery are understandable—there is a reduced risk that he would require surgery later in life. Why would the Sabres medical staff push for a procedure that would have one of their best players miss the entire season rather than simply be out 6 weeks?

The collective bargaining agreement signed by the NHL Players Union cedes final decision-making on medical questions to the front office. If this is simply an honest disagreement between the team doctors and the player’s doctors about the best treatment, it’s hard to see where there’s a legal issue. However, if Lehner has evidence of more nefarious motives, that’s a game changer.

Non-prescription use of Benzodiazepines and Ambien presents a bigger problem for the league. The former, colloquially called “benzos,” can be used to treat anxiety and insomnia. The latter also treats sleeping problems. Lehner charges that these drugs are given out to help players sleep on the long road trips that are a part of a hockey player’s life.

While both drugs are commonly used on a prescription basis, there are grave negative side effects—from a coma to long-term dementia to death itself—that come with its misuse.

Proving evidence of deliberate misuse of benzos and Ambien will be the next challenge Lehner faces. To that end, he has expressed frustration that more players, particularly the union leadership, are not stepping forward. Undoubtedly, the NHL office will want to see either hard evidence or corroborating testimony before taking any action on Lehner’s charges.