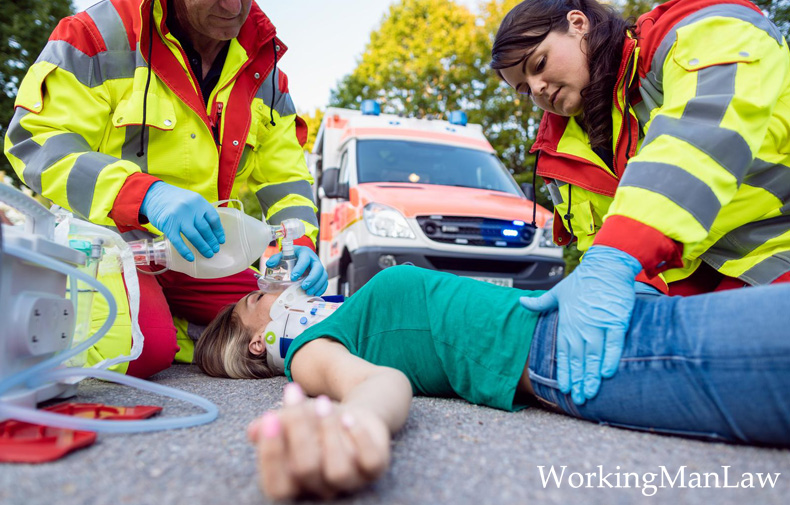 Ever since the beginning of the COVID-19 pandemic in early 2020, there has been a sustained push in state legislatures across the country to improve access to workers’ compensation coverage for first responders.

The state of Florida joined that list recently with a new proposal aimed at expanding benefits for first responders who contract the coronavirus. Florida House Bill 53 is the legislative instrument to make that happen.

The plan, put forth by Rep. Elizabeth Fetterhoff (R-Deland), aims to expand on existing law that makes it easier for first responders to claim workers’ comp benefits.

Presumption is the key legal concept in this bill, as it has been in similar proposals around the country.

The normal process for claiming workers’ comp is to put the burden of presumption on the employee. Let’s say you injure your back and are quite convinced it came from lifting a heavy box at the office. The presumption in this case is on you to prove that was indeed the cause. If the cause cannot be identified, no benefits can be claimed.

But what do you do when the problem is more intangible—like post-traumatic stress disorder (PTSD), other mental illnesses or contracting a virus? Making the direct link from the condition to the workplace is much more difficult and often has the unintended consequence of freezing victims out of workers’ compensation.

Florida is already similar to other states in that the law has been adjusted to address the needs of first responders who suffer from traumatic stress (e.g., a police officer who faced gunfire or a firefighter who saw the death of a child). The current law shifts the presumption. In cases like this, it’s presumed that the condition in question was in fact caused by work-related activity, unless the employer can prove otherwise.

House Bill 53 builds on that existing law. If a first responder is diagnosed with COVID-19, it will be presumed that it happened in the workplace and they are eligible to collect workers’ compensation benefits.

Presumption is not a guarantee—the employer still has the opportunity to try and prove that the worker contracted the virus elsewhere. But that’s a difficult legal hurdle to clear.

Unless the worker’s social media profiles are filled with photos of them attending potential super spreader events (concerts, games, etc.), it’s difficult to see how an employer could prove where the worker didn’t catch the virus. Or that they would even want to incur the bad blood and public relations nightmare that would come from contesting such a claim from a first responder.

Fetterhoff’s bill has drawn the public endorsement of the state’s firefighters union. “This legislation is extremely important for our first responders who are being exposed every day to COVID-19…” the legislator said. “We need to ensure that our police officers, firefighters and EMTs…have the proper compensation coverage should they become infected while serving our communities.”