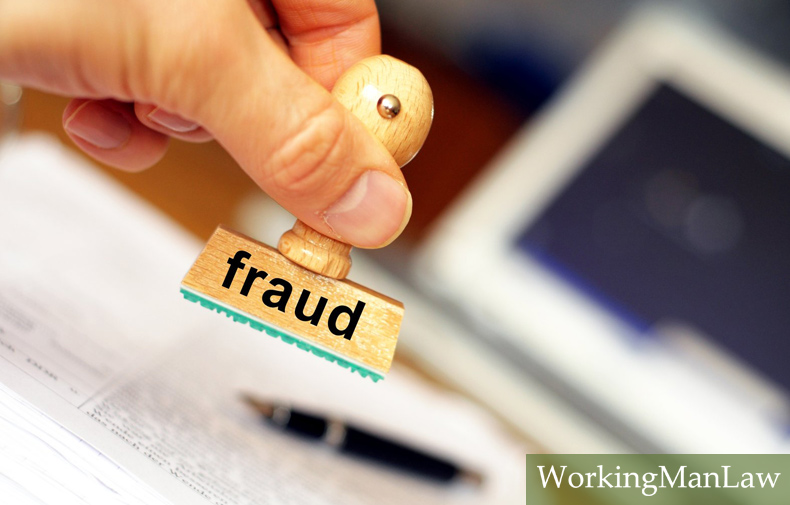 A Seattle workers’ comp investigation has revealed that a former employee of the logging industry may have been faking his injuries and effectively conned the state of Washington’s workers’ compensation program out of over $300,000 in cash and benefits.

James Joseph Thomasson was working as a logger in 2006 when a falling tree hit him in the leg. A year later, still working in the industry, Thomasson said he hurt his back while cutting a tree down. Upon being told by a doctor that the injuries would prevent him from working, he filed for workers’ comp.

So far, there was no issue. There was no dispute by anyone involved regarding the legitimacy of Thomasson’s initial injuries and right to workers’ comp. It’s what happened over the last 5 years that raised the eyebrow of the Washington State Department of Labor & Industries (L&I) that investigates workers’ comp cases.

In 2019, an anonymous tip was phoned into the L&I offices, saying that Thomasson was healthy enough to work and was doing so full-time as a beekeeper…all the while collecting workers’ comp payments.

An undercover investigator went to work monitoring Thomasson. An Instagram video was found of him dancing and moving his hips side-to-side⎼which under his workers’ comp injuries, would not have been possible. The investigator also saw him lifting heavy pipes at his home. Furthermore, he was seen limping his way to his doctor’s office… but walking out normally.

Investigators spoke with Thomasson’s doctor, showing him what they found. Their evidence included photographs of Thomasson lifting a garbage can in one hand while talking on his cellphone, and then upon realizing he was being watched, dropping the garbage can and starting to limp. The doctor said that Thomasson revealed he thought he was under surveillance.

Was Thomasson’s medical office a part of what was going on? It appears not. Investigators have concluded that Thomasson also deceived his doctor, which would be why he continued to walk with the limp while going in for treatment.

L&I’s investigation concludes that Thomasson should have stopped receiving workers’ comp payments by March 2016 at the latest. He is being charged with first-degree felony theft and faces up to 10 years in prison and a $20,000 fine, if convicted.

“We greatly appreciate the public’s assistance in identifying people who are receiving money they’re not entitled to,” said L&I’s Chris Bowes in a public statement. “When we receive tips from the public, we will investigate.”