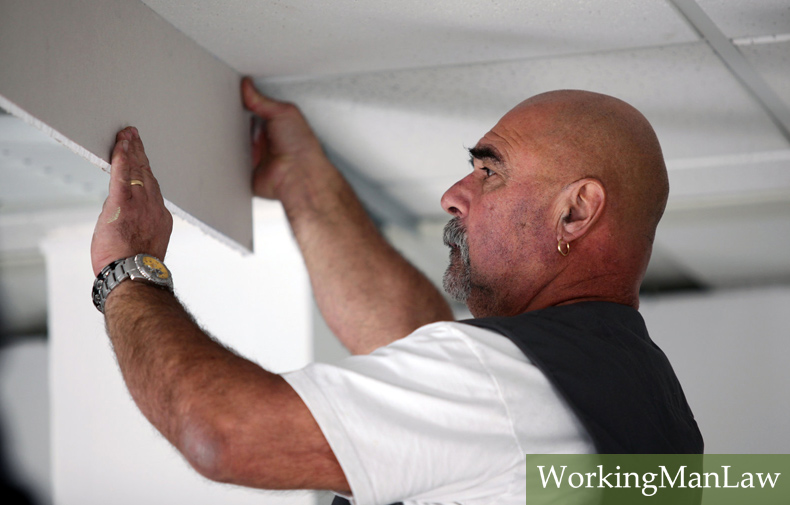 A middle-aged couple from Minnesota was charged in early 2020 with using their business, Merit Drywall, to key a workers’ compensation scam that netted them over $300,000. In October, they pleaded guilty.

Here’s an overview of the Merit Drywall court case, how it happened and what the fallout was.

In its simplest form, Leroy and Joyce Mehr, the owners of Merit Drywall, classified their employees as freelance contractors. The designation made it possible for the Mehrs to avoid paying workers’ compensation insurance premiums. As it turns out, they were actually employees and should have been covered. An investigation revealed that the Mehrs avoided paying what should have been $310,000 in premiums.

The state of Minnesota’s Commerce Fraud Bureau investigated the Mehrs by using undercover informants to work there. One of them reported back that he was always paid in cash. The other one said that Joyce Mehr created a business entity for him with the Minnesota Secretary of State’s office. The purpose was to classify him as a contractor running his own enterprise, rather than working for Merit Drywall.

Further investigation showed 2 other fake companies that Ms. Mehr had paid for in her own name. That was enough to get a search warrant. The relevant part of the search was what didn’t turn up—any contracts or invoices between Merit Drywall and those companies, further solidifying that these were really employees being wrongly classified with the state.

Merit Drywall is now out of business, but for more than 30 years it had plied its craft on homes, office buildings and apartments. One of the things that gave the scam away was the low bids they were able to put in on projects. Burt Johnson, general council for a regional carpenters’ association, said that when firms see a bid is hundreds of thousands dollars cheaper than what honest competitors are bidding, they should be asking questions.

The ability of companies like Merit to undercut the market damaged and destroyed honest enterprises that were providing legitimate employees with full-time benefits, in favor of contractors who were being exploited.

That’s why Mike Freeman, the attorney for Hennepin County where Merit Drywall operated, reacted as he did. “This kind of scheme, unfortunately, we see far too often,” Freeman told the media. “That is, people who are employees for which a corporation is required to purchase workers compensation coverage to the insurance companies are instead mischaracterizing and fraudulently suggested they work as independent contractors.”

The Mehrs’ plea agreement requires that they repay the lost premiums to their provider, Federated Insurance. They face 6 months in prison and 5 years’ probation thereafter. Unfortunately, the economic losses of the honest businesses and employees that were damaged by the fraud is impossible to calculate and redress.