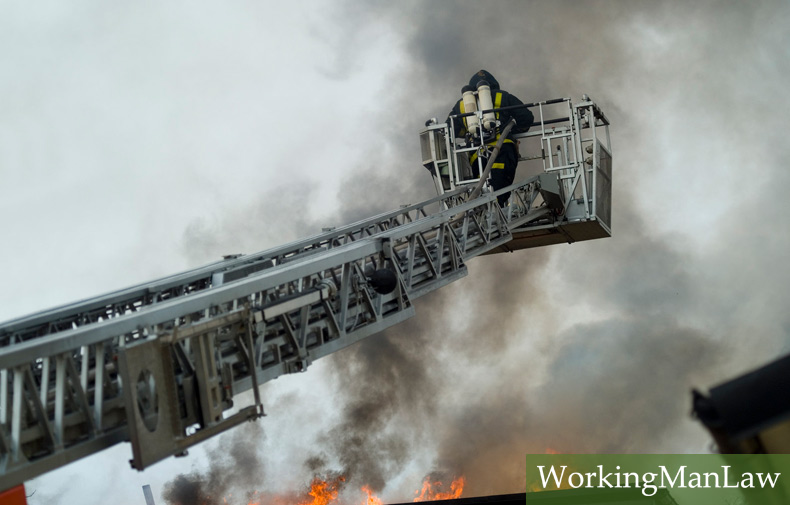 Kevin Leago isn’t a household name, at least outside the world of Houston firefighters and those involved with workers’ compensation issues. So his untimely passing from kidney in early December—at just 40 years old, leaving behind a wife and six-year-old daughter—didn’t make national news. But the Kevin Leago case changed history and his impact will continue for other firefighters who develop occupational cancer in the course of their work.

Leago was diagnosed with cancer in 2012, but with surgery was able to recover. It returned 5 years later. On the advice of his doctors, Leago sought treatment from the MD Anderson Cancer Center, which has a global reputation for innovative care. But the medical insurance offered by the city didn’t cover Anderson, so Leago filed a workers’ compensation claim.

The city of Houston attempted to deny the claim, saying it was unrelated to the job. Leago’s ultimate legal victory to obtain back pay and the right to transfer his care to Anderson was groundbreaking for firefighters. It was also a big win for the state of Texas in an ongoing political fight with the city of Houston.

A state law passed in 2005 provided workers’ comp coverage for firefighters diagnosed with cancer. Like any other workers’ comp claim though, the cancer had to be job-related. Proving this is exceptionally difficult, if not impossible, and less than 10 percent of the claims filed under the law were accepted. The problem was a strict interpretation of the law that denied coverage unless the cancer could be connected to a specific fire or incident.

Such an approach flew in the face of the nature of firefighting, cancer itself and the intent of the state government. Firefighting exposes workers to any number of carcinogens, polycyclic aromatic hydrocarbons and other elements that ultimately cause cancer. But over time, through the gradual buildup, nothing can be tied to a specific fire.

Furthermore, there is no love lost between the Houston Professional Firefighters Association and the city’s mayor, Sylvester Turner. The HPFA openly accused the mayor of being in a “political and legal war on Houston firefighter families… all the way to the cancer wards.” Given that it’s the city of Houston’s insurance that covers the firefighters, the HPFA didn’t feel like they were getting fair treatment from the administrative courts that reviewed workers’ comp claims.

The Texas state legislature re-entered the fray and tightened up the state law. The amended legislation, signed June 2019 by Governor Greg Abbot, listed 11 specific cancers and clarified that if firefighters were diagnosed with any of them, that it should be presumed to be work-related.

It’s all part of Kevin Leago’s legacy. And with the International Association of Firefighters reporting that 2 of every 3 line-of-duty deaths are cancer-related, there will be no shortage of families that benefit.