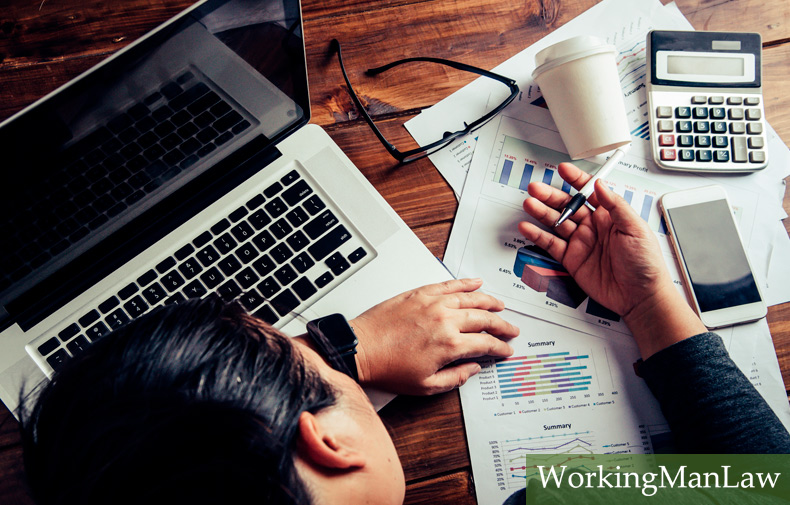 The presumption in most cases is that the so-called “1099 employee”—defined as such because the 1099 form is how their income is reported to the IRS—is employed by themselves, not the particular business they were working for at the time of the injury, and therefore wouldn’t be covered. Whereas the “W2 employee”—the official definition of a standard employee—would be covered.

But like so many other aspects of the law, there are exceptions to the rule and workers’ compensation for independent contractors is no different. Here are just a few situations that could change the game in favor of the contractor.

This is the big one. Every state has different legal standards. For example, the state of Connecticut requires that businesses include their contractors in workers’ compensation coverage. Most states aren’t as cut-and-dried as this, but each one will interpret the nuances of different work situations a little differently.

Time spent on the job

How much time has the worker given to this particular client? If the contracted work was 40 hours per week, the independent contractor was clearly not so independent after all.

Think back to a scene in the classic movie The Godfather when mafia lawyer Tom Hagen informs a movie producer, “I have a special practice; I handle one client.” We don’t know whether Hagen was a 1099 contractor or a W2 employee of the Corleone Family, but we can safely presume that most states would have considered him an employee for workers’ compensation purposes.

Freedom in doing the job

This is related to time spent, but with a few differences. Is the contractor simply given the assignment and allowed to finish it as they see fit on their own schedule (within the reasonable framework of the agreement)? If so, then they are truly independent and are likely to be treated as such by many state workers’ compensation boards.

But what if the contracting business gives very specific instruction as to the means by which the work is to be accomplished? What if the hours the work must be done are specified? These types of restrictions on a contractor’s freedom make it more likely that a state will consider them an employee and eligible for coverage in the event of an injury.

Business owners don’t like uncertainty and many are responding to the ambiguity of the current landscape by simply requiring that any contractor they deal with carry their own workers’ compensation insurance.

State governments also don’t like uncertainty and more—like California—are responding with requirements that so-called “gig workers”—another name for 1099 employees—be given some of the benefits of W2 employees.

Whether you’re a business owner or an independent contractor, make sure you know the law in your state and how it’s typically interpreted in concrete situations.