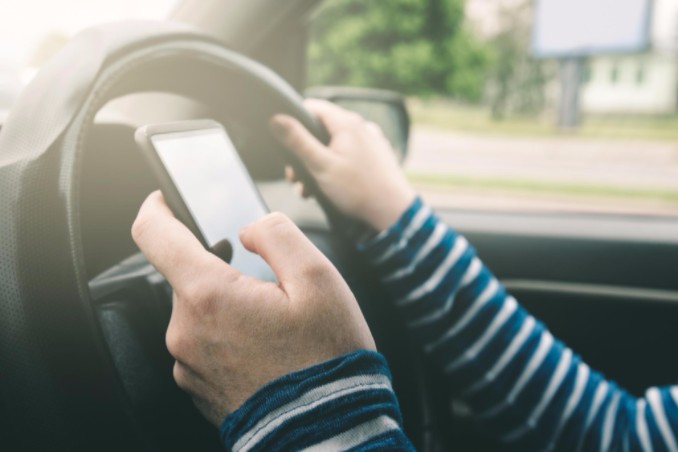 Being struck by a car from behind is an extremely common way to get into an auto accident. Rear-end car accidents are some of the most dangerous – yet also some of the most avoidable – types of collisions on the road.

In most instances, the driver who strikes another car from behind did so because they were not paying attention to the road as they should have been.

There are a few reasons why these types of accidents occur, but according to the National Highway Traffic Safety Administration (NHTSA), up to 90 percent occur because drivers are distracted.

Important Rules of the Road

Unfortunately, many people do not pay attention to the rules of the road while they are behind the wheel. Even a few seconds of distraction can result in an auto accident.

For instance, if you are stopped at a red light and the driver directly behind you is checking a text message on their smartphone, it can easily result in a rear-end accident because they fail to stop when they fail to realize the light turned red.

In general, when a rear-end accident occurs, the driver in the car that strikes another vehicle very likely violated a few rules of the road. These are rules include:

Collision Avoidance Systems Are No Excuse for Distracted Driving

Distracted driving is a primary cause of rear-ending auto accidents in America. As a result, it is believed that collision avoidance systems may prevent such accidents from occurring. These systems, which include forward warning and automatic braking, have become increasingly common in vehicles in recent years. The systems detect when an accident is about to occur and warn the driver or make them stop as a result.

In 2016, both the NHTSA and IIHS made the announcement that many car manufacturers have agreed to place automatic braking systems in all their vehicles by the year 2022. This move may help to further decrease the number of rear-end accidents in the future.

However, regardless of if you have a vehicle with a collision avoidance system or not, all drivers must remain vigilant when operating a vehicle to avoid causing a serious car accident and getting wrapped up in a legal nightmare.